Hen Reedbeds nature reserve is a truly spectacular sight as the winter sun begins to set, dotted with highlights of sun which the grass seedheads reflect. The masses of reeds shift in the breeze, flattening and moving in a shimmering gold display. Emerging in pools, fens and dykes between the growth the shallow water seeps up from the ground, providing habitat for rare birds such as bitterns, marsh harriers and bearded tits. This nature reserve has been restored, extended and linked to other sites in response to habitat loss as a result of global warming in recent years.

Hen Reedbeds in North Suffolk lies in the Blyth valley between Reydon and Blythburgh, near Southwold. Owned by Suffolk Wildlife Trust and managed in conjunction with Natural England and the RSPB, the marshes make up part of the Suffolk Coast National Nature Reserve. It is also part of the Minsmere-Walberswick Heaths and Marshes Site of Special Scientific Interest, as well as being a Natura 2000 site, a Ramsar Site and within the Suffolk Coast and Heaths Area of Outstanding Natural Beauty.

Almost unbelievably, given its conservation significance, this reserve is actually a relatively new environment. It is in fact an extension of a nearby reserve which was created in response to the catastrophic decline in reed-loving birds such as the bittern, and was suggested as a breeding ground by the late John Minihane. A number of projects and restoration works have been carried out to create the reserve since 1999, an ongoing process of increasing the water depth by digging pools and ditches, and controlling water levels through sluices. This improves conditions for fish and encourages the wildlife that depend on them. Without traditional use of the reeds for thatching, and through neglect, the reedbeds naturally dry out over time, so this management protects the species that rely on these habitats.

As part of this restoration, thousands of tiny eels have been moved from the River Severn and released into the pools at Hen Reedbeds. Eel populations have crashed across the UK and become endangered in East Anglia, this plan attempts to restock not just the reedbeds, but the hope is that they will travel further upstream to populate the River Wang. Meanwhile, the eels living in the reedbeds provide a favoured food source for bitterns which in turn have begun to recover from the verge of local extinction.

The common reed or phragmites also provide a haven for insects, a recent aquatic invertebrate survey has shown the reserve to be of high conservation value and potentially of national significance with rare species of national importance. As well as the rare water scavenging beetle, other unusual insects such as four-spotted chaser, norfolk-hawker and hairy dragonflies can be seen around the water, as well as various damselflies and butterflies.

A small herd of wild Polish Konik ponies have been introduced to manage the reed beds, these beautiful creatures are descended from Tarpan horses that were common throughout Britain until neolithic times, and are an interesting conservation story themselves. They are adapted to living on wetlands, spending much of their time standing in water, and graze selectively, allowing rare plant species to survive. Other animals can be found in the reedbeds, that are interesting in terms of conservation, such as otters, water voles and Chinese water deer, and plenty of wildfowl can be seen on the mudflats as well as some of the biggest starling murmurations in the country.

AN AQUATIC INVERTEBRATE SURVEY OF THE HEN REEDBEDS 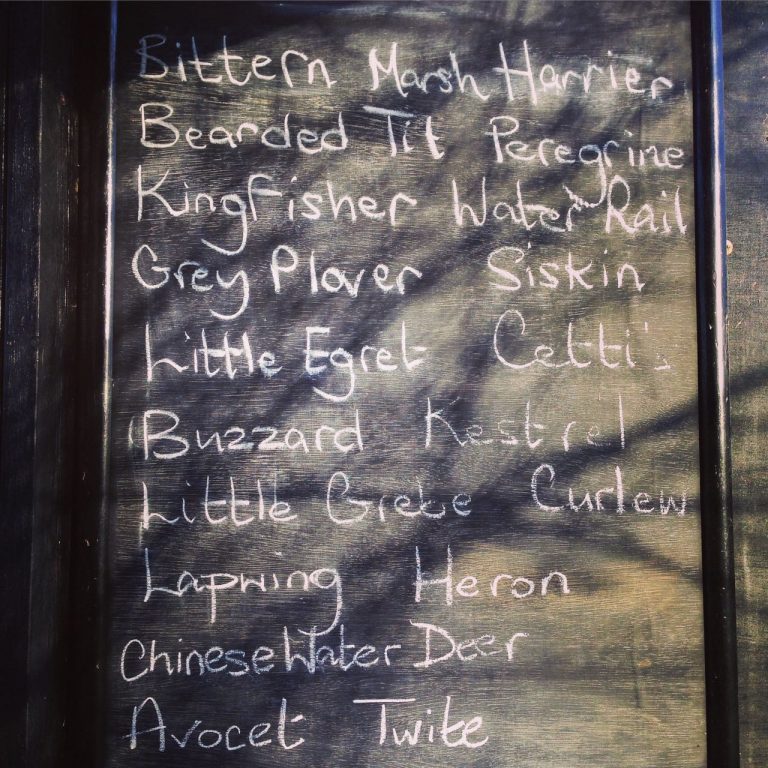