In 2017 my photograph ‘Fire and Ice’ was selected for the permanent onsite exhibition ‘A Parliament for the People’ at The Scottish Parliament in Edinburgh.

#SeeingScotland was a photography competition ‘to reflect the beauty and diversity of Scotland’s urban, coastal and wild spaces’, selected by the Parliament art curator and chosen from over 5,000 entries.

Rockcliffe is a coastal village on the River Urr Estuary designated part of the East Stewartry Coast National Scenic Area.This coastline has a microclimate warmed by the Gulf Stream and generally has mild winters without the snow and frost of the surrounding mountains.

‘Fire and Ice’ was taken at the end of November after an unusual drop to freezing temperatures and light snowfall.The rock pools had solidly frozen and there were thin ice-crusts over the sand showing the progress of the outgoing tide.The dusting of snow settling on the merse with the fiery sun setting across the the Rough Firth looking towards Rough Island and Hestan Island, made a great opportunity to capture the unusual contrast.

The picture also brings to mind the sensitive and transient nature of saltmarsh (merse) habitat, with many areas along the Solway increasingly degraded or eroded by factors such as pollution, human damage and drainage, overgrazing, encroachment by invasive species and sea-level changes.

Saltmarsh is protected under EU legislation including the Habitats Directive and the Water Framework Directive. It is an important part of the coastal zone, acting as a natural flood barrier and filtering ground pollutants before entering the sea.

It was great to be invited to the exhibition opening and given a tour of Parliament… here are a few photos (click on the images to see more in the gallery). Whilst a controversial project in terms of cost and other factors, Enric Miralles’ design does embrace sustainability and recognise environmental impact as a working building. It also supports the arts, showcasing extensive interesting design details and award-winning architecture and commissioning work by living artists and craftspeople for the Scottish Parliament Art Collection. 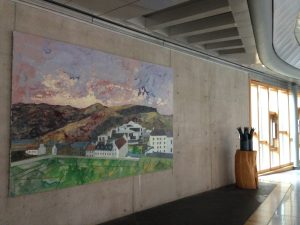 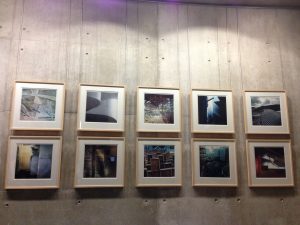 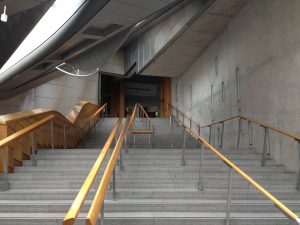 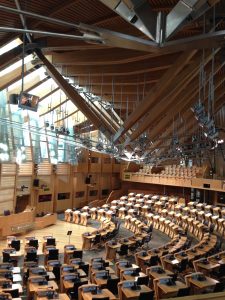 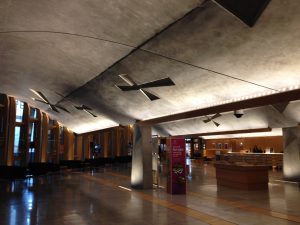 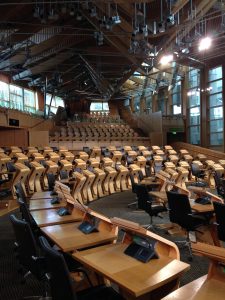 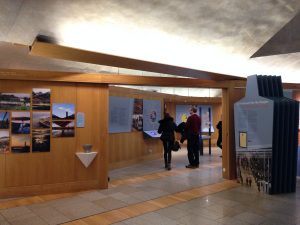 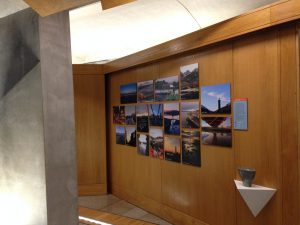 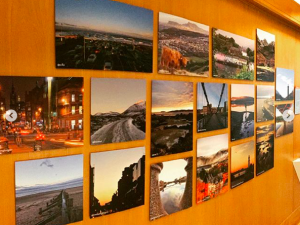 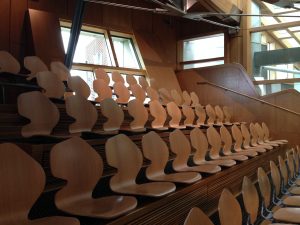 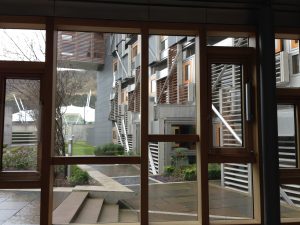 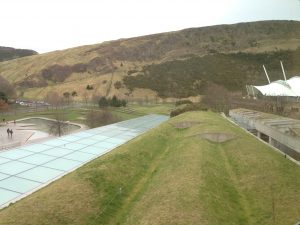 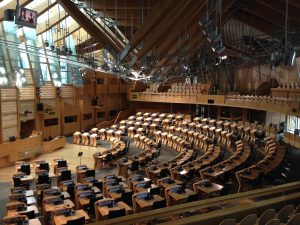 Info about A Parliament for the People Exhibition (www.parliament.scot)